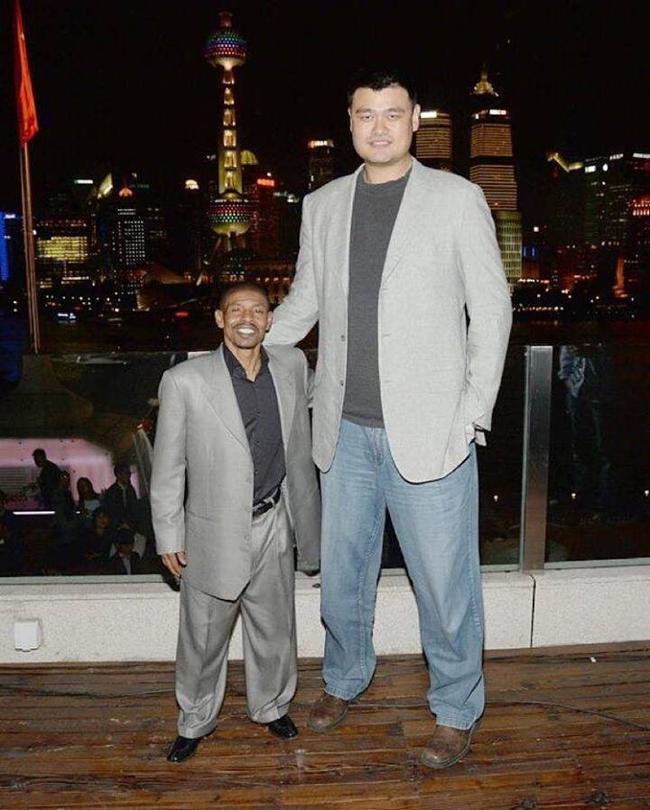 Live it on September 28th NBA star "Bug" Boggs posted a photo of himself with Yao Ming on his personal social media today, and asked netizens: "Do you know who is standing next to me in the photo?"

Netizens in the comment area also gave full play to their imagination. Some people said it was Jeremy Lin, and others said it was Bruce Lee, Ingles, and O'Neill. Some netizens ridiculed the "Bug" and commented: Are you a "Potato" Weber/Nate Robinson/Miyagi Ryota (in the Slam Dunk comics, the short point guard of the Xiangbei team)?

Boggs, with a height of 1.6 meters, is the shortest player in NBA history, but his height has not become an obstacle for the bugs to play in the NBA. Boggs's 14-year NBA career has averaged 7.7 points, 7.6 assists, 2.6 rebounds and 1.5 steals per game. The season with the highest career data can have an overall performance of 10+10+4.

It is worth mentioning that Boggs, who is known for his steals, has also sent 39 blocks in his career.